Burst Mode And The Fuji HS10

I had some spare time today before picking up my son from his work.

There is a local park very near the center of the city with, skating rink and Skate/BMX bowls for those fit enough to do some trick-jumping.


There was also this chap using a homebuilt stabilizer for his Canon camera. He was using it to do video clips. There were a number of people with Nikon and Canon DSLR's all taking photos. 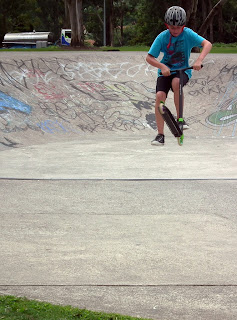 As well as the bike riders there were a couple of younger boys doing some trick riding using scooters which was fun to watch. One young chap (pictured) was doing some nice jumps. I even got a shot of his feet 3 feet above the ground. Pity he had moved out of frame it would have been a nice shot.


There were lads of all ages doing different things but there were two I was particularly interested in as they both seemed a lot more experienced than the other riders. I switched to burst mode (7 frame capture) with the camera set on "P" mode, auto white balance, and Ev-0.33. AE was set to average, AF set to center continuous and away we went.This is a series of seven frame taken in one burst . This is one of several sets like this. As time permits I will add more to this article. 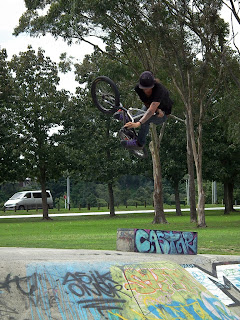 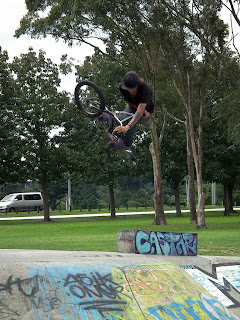 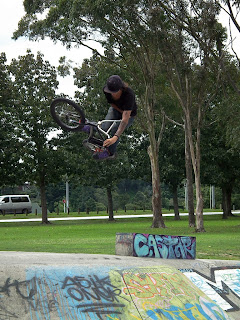 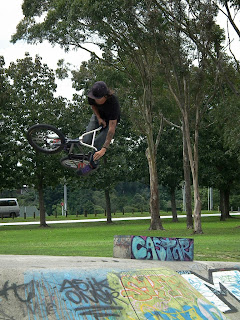 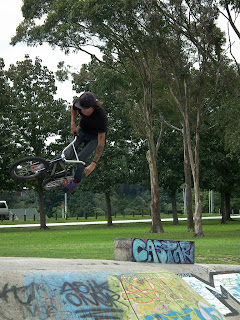 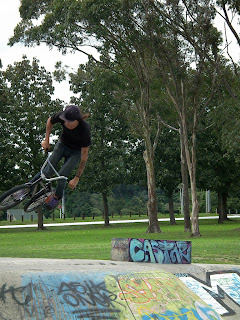 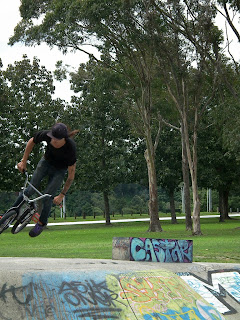